Released in 2000, Samuel Adams® Millennium is the result of The Boston Beer Company founder Jim Koch's desire to create an astonishing, once-in-a-lifetime beer to commemorate the new millennium. Packaged in cobalt blue bottles encased in a cherrywood box, only 3,000 bottles were made making it the most limited edition Samuel Adams® beer ever sold. Each bottle was hand signed and numbered by Jim Koch. It's very rare to see one out there today, but if you stumble on one, buy it - because you'll probably never get another chance!

To create Samuel Adams® Millennium, our brewers worked with ingredients common to fine beers including Noble hops and two row barley. The beer spent three weeks in primary fermentation and was then aged in used bourbon barrels for up to 6 years. The brewers made a single batch of the beer at the Samuel Adams Brewery in Boston. 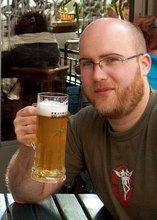