2007-12-06 6
History: In the late 18th and early 19th centuries there was a considerable trade in beer to India. Leaving the India Docks in London, ships would sail around the Cape of Good Hope through the Indian Ocean to Bombay and beyond, a three-to four-month trip. Highly hopped pale beers brewed to withstand the trip became known as “IPA,” India Pale Ale.
Taste: A restrained maltiness and an emphasis on the aroma and flavor of hops from England’s finest vineyards.
Serving suggestions: Green chili and lime pickle, mulligatawny soup, pork with vinegar and garlic, chicken with a roasted coconut sauce, fish on a bed of potatoes, onions and tomato masala, prawns curry and duck risotto. Serve in nonik pint glasses. 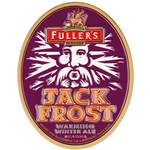 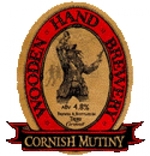