2012-06-06 8
Duvel is renowned the world over for its refermentation in the bottle and the bitter aftertaste it draws from the hops. Inspired by an old advertisement for a ‘Hopbier’ by Moortgat, our master brewers took to experimenting with the extra hopping of Duvel.

This extra hopped beer was brewed for the first time in 2007 and it sold out in just a few days. The beer met with such enthusiastic reactions and initiatives that the brewery had no choice other than to brew this special beer one more time.

No fewer than three high-quality hop varieties are selected to make Tripel Hop, including, of course, the Saaz-Saaz and Styrian Golding used in the classic Duvel, along with Amarillo hops. 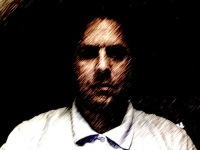