2009-10-02 4
In the Greek myth of Persephone's abduction by Hades, lord of the underworld, the pomegranate represents life, regeneration, marriage, perhaps the seasons... contradictory versions, way too convoluted for a beer flyer-googleit! • The pomegranate gave its name to the Hand Grenade from its shape and size (and the resemblance of its seeds to a grenade's fragments) • Although not native to Japan, the pomegranate is widely used for bonsai, because of its lovely flowers and for the unusual twisted bark that older specimens can attain. • St. John of the Cross made the pomegranate seeds the symbol of divine perfection. • The Pueblo believed that those who witnessed the ingestion of the arils were blessed with powers of divination. • In China the pomegranate is widely represented in ceramic art symbolizing fertility and abundance. A picture of a ripe open pomegranate is a popular wedding present. • In ancient Rome newlywed women wore headdresses made from pomegranate twigs, and its juice was consumed as a remedy for infertility. • Among the Bedouins of the Middle East, after a wedding, a fine specimen of pomegranate is split open by the groom as he and his bride open the flap of their tent or enter the door of their house. Abundant seeds ensure that the couple who eat it will have many children. • In Buddhism, along with the citrus and the peach, the pomegranate is one of the three blessed fruits, often represent the essence of favorable influences. • The heavenly paradise of the Koran describes four gardens with shade, springs, and fruit, including the pomegranate. Legend holds that each pomegranate contains one seed that has come down from paradise. • Since the rind of the fruit is tough, but the juice sweet, the pomegranate came to symbolize the priest; severe on the outside, indulgent on the inside. • In Christian art, the pomegranate often found in paintings of the Virgin and Child symbolizes resurrection and life. • The Song of Solomon compares the cheeks of a bride behind her veil to the two halves of a pomegranate. • The Qu'ran mentions pomegranates three times - twice as examples of the good things God creates, once as a fruit found in the Garden of Paradise. • In some parts of the world, it's believed that Eve tempted Adam with a pomegranate. • "Or from Browning some 'Pomegranate', which if cut deep down the middle / Shows a heart within blood-tinctured, of a veined humanity." -Elizabeth Barrett Browning, Lady Geraldine's Courtship • Medieval representations of the pomegranate tree were associated with the end of a unicorn hunt. The captured unicorn appears to be bleeding from wounds that are pomegranate seeds dripping blood red juices on his milk white body. Wild and uncontrollable by nature, unicorns can be tamed only by virgins. Once tamed, the unicorn was chained to a pomegranate tree. • Etymology: The genus name, Punica is after the Phoenicians, who spread its cultivation, partly for religious reasons. Its species name granatum derives from the Latin adjective granatus, meaning 'grainy'. However, in classical Latin the species name was malum punicum or malum granatum, where "malum" is an apple. This has influenced the common name for pomegranate in many languages (e.g. German Granatapfel, seeded apple). Even "pomegranate" itself has this meaning; pomum is Latin for apple. • In "The Persian War," Herodotus writes of golden pomegranates adorning the spears of warriors in the Persian phalanx. • The pomegranate was chosen as the logo for the Millennium Festival of Medicine from a shortlist that included DNA, the human body, and a heart beat. • The British Medical Association and three royal colleges feature the pomegranate in their coats of arms. The Royal College of Physicians of London had adopted it in their coat of arms by the middle of the sixteenth century. • The use of pomegranate rind and root bark as a treatment for tapeworm infestation ("Latas tineas ventris") was recommended by several early Roman medical writers and is still listed as a treatment for tapeworms and diarrhea in a current encyclopedia of medicinal plants. • Dioscorides describes some of them: "All sorts of pomegranates are of a pleasant taste and good for ye stomach...The juice of the kernels prest out, being sod and mixed with Honey, are good for the ulcers that are in ye mouth and in ye Genitals and ye paines of ye eares, and for the griefs in ye nostrils". 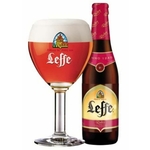 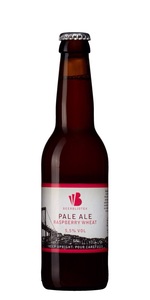