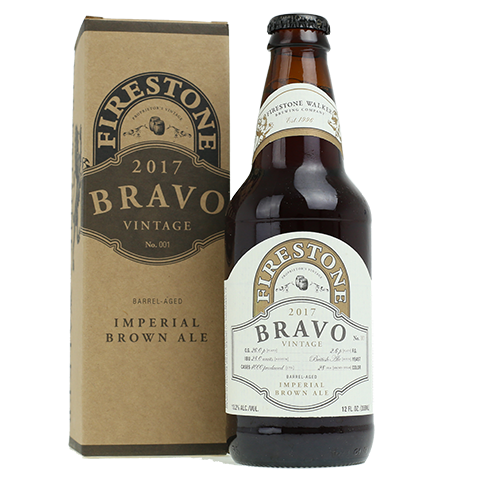 2012-08-14 9
Imperial Brown Ale.
The first beer brewed for the barrel aging program and has been brewed every year since. Originally named after an experimental variety of hops but now brewed with US grown Fuggles which are earthy and resinous. A lean, simple barley wine brewed to showcase barrel flavors with massive bourbon barrel notes that morph as the beer warms in the glass.
2017: 13.2% abv