A massive brown ale base that is made from four fermentable sugars including Malted Barley, Raisins, Candi Sugar and Sour Cherries, this beer is fully fermented before being placed in Bourbon barrels where the beer ages for one year with the Sour Cherries and the wild Brettanomyces yeast that we inoculate the barrels with.

One of the most complex and unique beers we make each year.

Tasting Notes:
AROMA: Cuvee starts with a complex nose of tart cherries, vanilla and dusty cocoa finish. There is also an underlying basis of yeast esters and wild yeast components that result in an extraordinary complex nose.

TASTE: As this beer is made from our Judgment Day, there are some similarities in the taste profile. However, as this beer is aged in Oak Barrels, there are also additional layers of Vanilla, Tannins and Sourness from the Cherries and the secondary fermentation and extensive aging.

Pair With: Dessert, On its own after meals

Russian River Framboise for a Cure - 2010

Russian River Framboise for a Cure - 2011 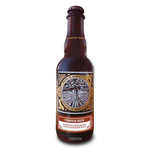 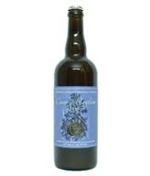