What happens when you take an award winning Imperial Stout, put it in oak bourbon barrels, and then age it for six months? One of the most epic beer tasting experiences you will ever have: ECLIPSE™.

Imperial Stouts are noted for being very rich substantial beers, and FiftyFifty’s Totality Imperial Stout does not disappoint on this fact. Brewed in small 300 gallons batches, our brewers lovingly craft this masterpiece once a year. Made with the finest malts, hops, fresh mountain water and yeast, over 18 separate ingredients lend their unique character to this beer.

To become Eclipse, Totality is then aged for a minimum of 180 days in oak bourbon barrels. This time spent adds a plethora of flavors to the already rich Imperial Stout. At first taste there is a large presence of dark chocolate, espresso and warmth from the alcohol of the beer. Oak barrel character then comes into play with hints of vanilla and coconut, followed by mild bitterness from the hops, and then a nice long lingering finish with hints of tobacco, dark dried fruit and more chocolate. Eclipse is a wonderful companion with dessert. A beer meant for contemplation best enjoyed in a snifter and with a friend. 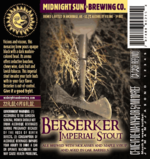 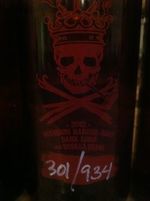 Against the Grain Port Barrel Aged Bo and Luke

ÖL 13%
Against the Grain