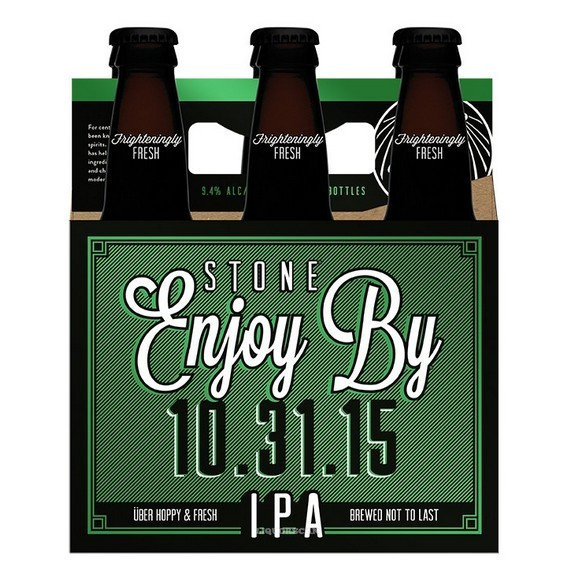 We took the opportunity with this beer to use several interesting techniques we’ve learned during our many years of brewing great double IPAs. The result is an intense, dry beer with very little malt sweetness, but with plenty of malt flavor to provide a background to the enormous...or shall I say "ginormous" hop character. Hopping, as might be expected, was over the top. First, the brew was mash-hopped with Ahtanum, one of our favorite hop varieties, after which we kettle-hopped with a very small dose of Super Galena hop extract for bittering. Then, using a technique known in homebrew circles as “hop bursting,” we loaded up very heavily on the flavor hops at the end of the boil and in the whirlpool. Simcoe, Delta, Target and Amarillo were used in the late kettle hop. Simcoe, Amarillo, Calypso and Cascade were used for the whirlpool hop. As you can clearly tell, this beer was super hoppy even before we dry-hopped it, but then we went for it...dry-hopping with primarily Southern Hemisphere hops, including Galaxy, Nelson Sauvin, Motueka and Helga

Drink extra-super-tasty Stone Enjoy By IPA well before its shelf life to maximize the pungent glory that this beautiful, intense hop profile provides.

This exquisite liquid patchwork of more than a dozen hops is a devastatingly fresh double IPA. Freshness is a key component of many beers – especially big, hoppy IPAs – but we've taken it further, a lot further, with this one. We brewed this IPA specifically NOT to last. We've gone to extensive lengths to ensure you get your hands on this beer within an extraordinarily short window, and we've sent a very clear message in the name of the beer itself that there is no better time than right NOW to enjoy this IPA!